Those married couples who have found their marriage on the rocks and thus are going to break up should understand that their marital home can either be kept by only one party or be sold. Unlike many people who strive to settle their issues amicably and thus use divorce services like OnlineDivorcer, for example, troubled couples end up preparing divorce court forms for a contested case and thus normally have their issues being settled in court. Before a judge can determine who will keep a house, he or she has to consider a few factors first. However, if spouses can find common ground when resolving their property issues, a judge will normally accept it without question. Since all cases differ one from another, you should seek advice from a knowledgeable person so that you can resolve your real estate division issues more easily.

The first step you have to take to decide on who will keep your dwelling is to specify its worth. For this, you can use your house’s assessed value; however, take note that it will be much lower than the actual value of the property. Truth be told, it is recommended to pay a real estate expert who will help you to go through the house valuation process smoothly. As soon as you know the exact value of your marital home, you can find out the amount of equity. The latter is what you and your “almost” ex can take away if you decide to sell your house right away.

Get Physical Custody to Keep the House

If you and your soon-to-be ex-spouse have kids in common, then a judge would prefer to give the dwelling to the party who will get physical custody of the little ones. With no doubt, divorce is tough on kids and judges always strive to make every decision with their best interests in mind. Most probably, if you cannot divide your house amicably, a judge will give it to the person who will live with the kids. If you want to keep your marital home, then it makes sense to ask for physical custody.

Determine if Your House Is Marital Property or Not

Before you can divide your house properly, you should determine if it is marital or separate property. The latter relates to everything owned by one party before he or she entered into a marriage or everything that was inherited or presented during his or her marital life. Let us say, if you bought a house when you were single, then the chances are that you will be allowed to keep it, especially if you have already paid it off. However, if you used marital money, then your spouse will probably be awarded an additional piece of property while you will be able to stay in your house.

Many divorcees get confused with the principle of comingling, which occurs when separate property is blended with marital one and thus becomes marital property, too. Let us say, imagine a person who owns a house and then gets married a year later. If these married people live under the same roof for many years before their marriage falls apart, maintain this house, and pay the mortgage as a couple, then this piece of real estate probably be considered marital. So, keep this in mind before you start preparing your divorce papers.

Divide Your House Using One of Two Schemes

Depending on the state you live in, your house will be divided in accordance with one of two schemes. In most states, the equitable distribution principle is applicable, but some use a community property scheme. The latter treats all property owned during the marriage as marital and thus expect it to be divided into two halves, no matter who has paid for it. When it comes to equitable distribution, it is divided equitably which, however, doesn’t mean at all that it should be divided equally. Take note that both schemes treat the separate property as it is and thus it remains undivided.

Put your dwelling up for sale if Needed

Since you will have to divide the equity anyway, you can keep the house simply by buying out your spouse’s share with other belongings. If for some reason, you don’t want the house and your ex-partner cannot afford to buy out your share, you two have nothing to do but to put it up for sale. You may also have other reasons to sell your dwelling, such as you don’t want to live in the house where you two have once been happy together or you simply cannot afford to maintain it on your own, and so on. In any case, different factors will be taken into account.

Think About Keeping the House

Neither you nor your soon-to-be ex-spouse may want to sell your marital house. Probably, you owe much more than it is worth or you two simply cannot afford to own separate apartments. Whatever the reason, you can still live under the same roof with your ex after you get a divorce, especially if you are on good terms and raise minor kids. If you don’t feel like living together but still believe that you should keep the house, one of you can move out and continue making mortgage payments until your little ones graduate from school.

Many divorced parents have decided to keep joint ownership mainly for the sake of their kids’ best interests. Most probably, as soon as your kids finish school and move away for college, you two will discuss this issue again and pin down whether or not you want to sell your house in the nearest future.

Keep in mind that each scenario has a few variations. Divorcees are known to be creative when it comes to settling their property issues. For instance, some decide to exchange their assets instead of paying each other cash. To have your issues settled as smoothly as possible, be open-minded and do your best to evaluate your every option carefully. There is no need to run hot and cool as you don’t have to choose only between selling the house or keeping it; there are many more options to choose from, just figure out what they are. 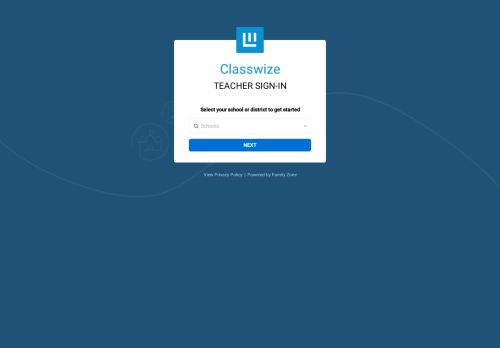